I’m working on some experiments with Unity’s HDRP and visual effects graph features in Unity 2019.1.0b3 and I’m seeing some strange behavior with the Unity preview window. Some things I’ve noticed so far are that the preview window seems to show whatever camera in the scene is highlighted in the hierarchy even if that camera is not active. Additionally the window is rendering off to the bottom left with some strange boxes. My main quest though is to get the unity VFx Graph examples working in full 3D on the display. Has anyone else tried this or have any thoughts? 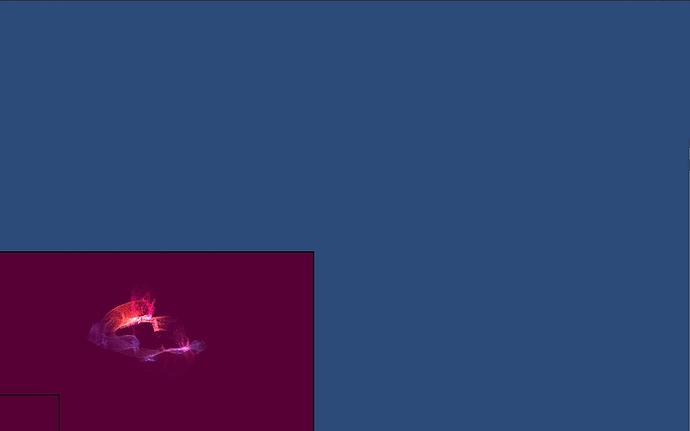 Wow. No response in 2 months? This is my first visit to the forums. I hope this isn’t representative of the level of support I’m going to get.

I too am playing with the new VFX Graph. If being restricted to unlit output is not too onerous then it is possible to use the new particle system with the legacy rendering pipeline. Change the setting in Project Settings/Visual Effects Graph to point to “Legacy” instead of “HDRP”

Hi everyone in the thread, unfortunately we don’t support Unity HDRP. Please understand we are a small team and cannot possibly support every single tool in the world.

But we do have the Unreal SDK that’s releasing soon, sign up for closed beta here.

Please understand we are a small team and cannot possibly support every single tool in the world.

Luckily we’re not asking you to support “every tool in the world”.

There’s only two widely used 3D Engines. We’re just asking that you stay reasonably up to date with support for both of them! The non-SRP rendering pipeline in Unity is called “Legacy” for a reason. Surely you’ll need to support SRPs eventually?

Can’t give you an exact date on this but the next release version of the Unity SDK will support the Lightweight Render Pipeline, which confers a substantial performance benefit.

Looking forward to this. I just started with my Looking Glass and the first thing I wanted to do was use the new VFX Graph.

This is fairly disappointing. Will there be support for the HDRP in the future? We don’t work with the legacy Unity render pipeline anymore.

@esk any updates? Still looking for HDRP support as the ideal but LWRP would be a start. In terms of performance benefits, I’d rather have an experimental and laggy version of an SDK for experimentation than no options at all

Hey, sorry! We have a beta version of the LWRP version here: GitHub - Looking-Glass/HoloPlaySDK-LWRP: Experimental LWRP implementation of the HoloPlay SDK

It’s quite stable and we’ve been working on top of it for a while - public release + more improvements to come.

Any news about a public release of the Unity SDK for LWRP/URP or HDRP?

I’d guess this is actually an issue where the shaders aren’t being included in the build at all, though I’ll admit I’m not a frequent user of the LWRP. In the standard pipeline, there’s a field for Always Include shaders that makes sure they get included in the build. Alternatively, you can add them to a folder marked “Resources.”

The HDRP is actually quite a big lift for us development-wise and requires extensive customization of Unity’s pipeline. We’re hoping to roll something out in summer 2020, but it’s gonna be tough! As for moving the LWRP stuff to be publicly distributed, there are enough changes going on at Unity in terms of how they’re releasing their rendering tools next year that I think it’s worth waiting for URP.

Also, I’d love to see what you’re doing with the LWRP! We use that tool internally on more complex projects, I’d be curious what your use case is if you’re willing to share!