Unity - Build app for Mac or Windows - Any tips?

Hi! Third day using LG and having a great time.

I’m pretty familiar with Unity but my first attempt at building a Mac app did not work. Is there a setting I should know to make it work, or about how to make it come up with that nice Screen 1, screen 2 dialogue that I see on the (Windows) library app?

Is there a version of Unity that is recommended at this point? Any links to more details on developing with Unity? (I read your getting started tutorials on the Unity SDK. It’s working well in the editor)

Can you elaborate on “did not work”? What do you see?

I couldn’t get it to run with two separate screens.
If I target display2, (in the unity camera settings) open the dialog on display 2, or display 1, I’ll get garbled output (black and flashing white lines… multi display has always been a bit hit and miss in unity)

Running a mirrored display is the only way I can make it work.

RE: Unity dialog, it’s the same presentation settings, but if you hold… command I think when the app boots you should get the dialog

I can’t actually get the in-editor output to work

Thanks for confirming - we both need a tip to get builds working.

For the Editor - I started out on a Mac laptop, reasonable Radeon graphics card, adapting a 2018.1 Unity sketch for LG . To get it working on the LG display, I had to toggle preview in the LG capture component in Hierarchy, then drag the game window up to the top of the LG display (it is set in preferences as a second monitor). It’s tricky because the top window bar is small in the display. It needs to be in just the right spot horizontally to be clear with no doubling. Good luck!

So I can work with LG in the editor but cannot get it to build to an app that plays on the Mac.

On Windows laptop (1060 card) I could not bring over the Mac Unity project and get it to work with LG. But I could get the LG Library App to work well with no fiddling.

I will try starting a new project in Windows and see how it goes. Will also try the Mac Library app and see.

Hello, for builds on Mac you need to drag the resolution dialog box onto your Looking Glass display and then press play. We try to force the app to the correct resolution, so hopefully that won’t be a problem for you!

As for using 2 displays for apps, unfortunately (and strangely, in my opinion) Unity doesn’t support this on OS X. We’ve done a workaround for this on our App Library, but that was a pretty unique solution.

I hope this answers your questions, let me know if you need additional support!

Thanks, Alex! That helps a lot. It works surprisingly well on the Macbook Pro with Radeon (2016) that I am working with. Knowing some of the quirks is a big help. I’m sure I will have more questions!

What do you think the best build settings would be for windows?

Hello,
I have been relying on the mirrored display for my windows unity build. I am having issues however. I keep both displays at the LKG resolution that is recommended. But when I load the next scene in the game it is all garbaled up. Basically, it becomes a bunch of lines and things… Not what it is supposed to be. Also, is there something I am missing in regards to build settings. For some reason I don’t get the usual dialogue box that pops up and asks me to pick a resolution and then play… In addition, any way to only play it on the LKG and not mirror the displays would be awesome. Let me know of any tips. Thank you!!
Jake

Would you mind sending over a quick photo of your issue? If you’re developing on Unity, we typically recommend folks to extend displays and to have the Looking Glass display set at 2560 x 1600 as recommended in the Getting Started Guide. One thing I do recommend you check under your display settings is whether your Looking Glass display resolution has forced itself to scale at a resolution higher than 100% — scaling this at anything other than 100% when set at the correct resolution will usually cause the scene inside the Looking Glass to be garbled.

Let me know if this helps solve the issue! Otherwise, we’d be more than happy to jump on a quick call with you to get this sorted!

Hey thanks for looking into this. I am a bit sleep deprived. So I am going to sleep, then I will send you some photos and everything, sorry for my poor explanation. I always think I am clear, but I never am haha … talk tomorrow

Hello!
Here are some photos! The issue is a bit trickier than usual as I was forced to place my computer screen to 100% due to an issue with the SDK and the LKG, you can look at the eye strain/nausea topic for more info on that. However, I do go back to 150% display one and 100% display two. So I am unsure as to why this is happening, I assume it is build settings but I don’t know. As you can see, nothing shows up on my LKG. Also No pop up occurs in the beginning when you open up the finished build, so I can’t drag the resolution dialogue box onto the LKG as a result. Take a look and let me know thank you again for your time!! Could it be that I have to put my looking glass back on the right side of my computer? 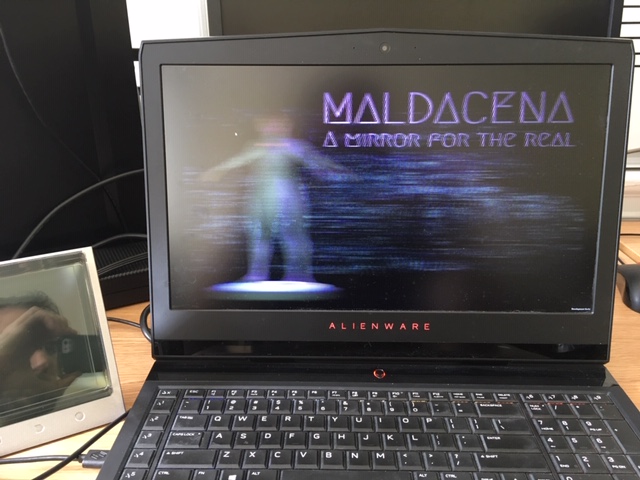 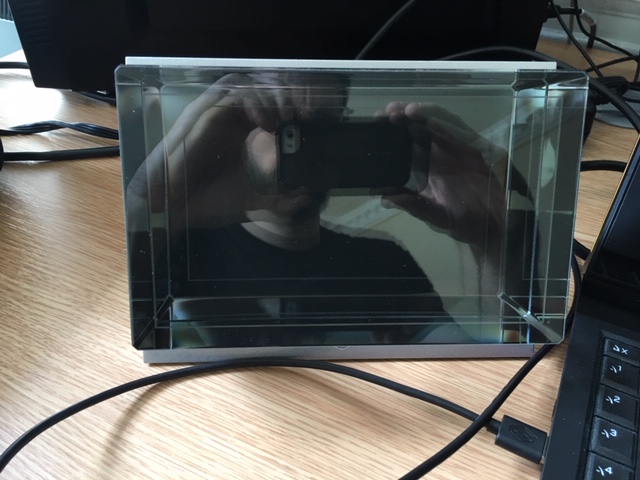 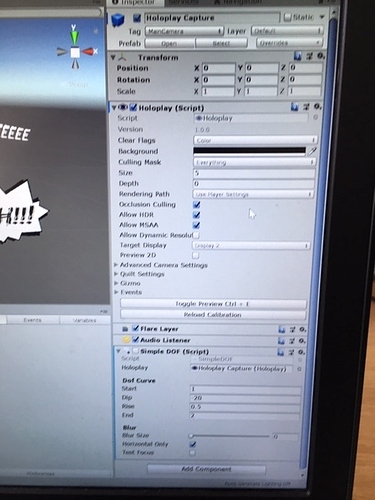 Would you mind sending over a quick photo of your issue? If you’re developing on Unity, we typically recommend folks to extend displays and to have the Looking Glass display set at 2560 x 1600 as recommended in the Getting Started Guide. One thing I do recommend you check under your display settings is whether your Looking Glass display resolution has forced itself to scale at a resolution higher than 100% — scaling this at anything other than 100% when set at the correct resolution will usually cause the scene inside the Looking Glass to be garbled.

Let me know if this helps solve the issue! Otherwise, we’d be more than happy to jump on a quick call with you to get this sorted!

Let me know if you need more photos or perhaps a video?

Hmmm. Unclear what the issue would be, I think it might be a setting issue on how the project is built from Unity.

@alxdncn would you mind taking a quick look at this thread? Thanks!!

Thank you Nikki!!
We should be able to figure something out, I personally think its a settings issue as well.

Looks like it’s just building to the incorrect display, so it’s always opening on your 2D monitor which will not ever look good. You can go into Edit -> Project Settings -> Player Settings and in the “Resolution and Presentation” section you’ll see “Display Resolution Dialog.” Set that to Enabled and you should be good!

FYI Hey HoloComics (and alxdncn) One thing to check regarding lack of a resolution dialogue box is your version of Unity. It seems that Unity is deprecating that resolution dialogue. I just did a (non-Looking Glass) build in 2019.1.6 yesterday and noticed in player settings you could enable it, but there was a note in the player settings about deprecating it - and once you had done the build it did not show up, went right into the app after a splash page. If you are using 2019 (or possibly 2018) you might try dropping back to 2017 to see if that helps.

Interesting, I hadn’t noticed that yet @Dave. I wonder what Unity is going to be replacing it with… There has to be a way to customize quality settings, window management, resolution, etc.

Yes, Unity keeps changing things on us. Hope you guys can keep up! Try out 2019 and see what you can come up with - Display assignments? A useful script for LG users?

Dave,
Hopefully I can get that dialogue box to enable, its strange. Alx thank you again brotha! This will indeed help. I am going to try a build today.

PS: sorry for the rookie mistake haha… I guess I never needed to enable that before. Thanks again everyone!