(In development. Updates as they accrue!) 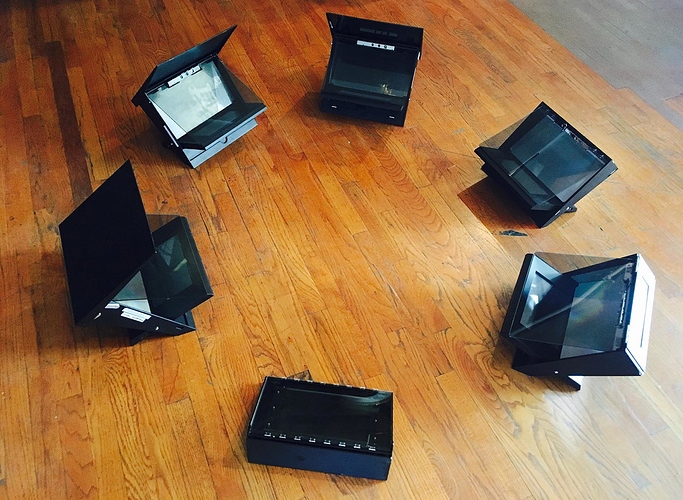 Main Concept: A two player game to showcase at Looking Glass events, showcases, and more of the likeness! An idea suggested to me by Alex Hornstein which was of interest. The primary idea is a neon-esque/vaporwave tetherball contest where we experiment into networking and seeing visual capabilities the HoloPlayer one has. Or rather, the capabilities multiple HoloPlayers have. Undoubtedly, I knew I wanted to get into multiplayer with a potential Vive/HP1 concept I had. As well, I wanted to concurrently make more things game-playable because I enjoy it and Doors to the City was burying me in the visual aspects of creation.

Multiplayer tests were done with Photon Unity Networking which was adapted from a test scene Nolan in the lab created. Eventually, it culminated in the latest and far from last rendition of the project. The GIFs at the moment do not do too much justice as the colors and flashing resonate much more live. More filming to be done at a more convenient time!

Visually, the main idea is that six HoloPlayers in a hexagonal fashion capture the different corners of the game scene. That way, the 2-player gameplay in enough space given between them can be an exceedingly fun contest. With much more details already implemented (speed differentiation, random values, dealing with the depth of touch on six machines (!) at once).

A bushel of ‘fake apps’ were made leading up to just making sure the Photon Networking could function. It still needs more ironing out or switching to a different form of networking (local or other). Just to make sure the installation can happen at necessary events or home in the Brooklyn lab. Whenever we are able to get that many HoloPlayers available in one area at once…

The project has officially reached liftoff and with enough time (between what seems like an avalanche of other apps), the project sees a state that is functional and visual. I plan on updating all aspects of the project as time goes along.