A Holographic Surfing Game For The Looking Glass Display

Link To The Video –

I’ve been working on this game idea ever since I backed the campaign for the looking glass on kickstarter. Being a 23-year-old independent game developer can be pretty hard, I’ve run out of budget to finish my game so I was hoping to create a kickstarter campaign to help raise funds to complete it so that I can release it for free or at a really low price point at some point in the near future as well as to generate some seed funding for my next idea depending on the responses I get using this thread.

Idea 1 - Raise money, to complete this unfinished surfing game so that it runs completely smoothly on Windows and Mac.

Idea 2 - Raise money, to convert an already owned area of land to an artificial outdoor shark habitat and nursery. The habitat will be viewable online globally through a 24hr live streamed holographic video channel from various different views. Again depending if this is possible to create. Option 2 would be weekly updates of footage shot and put together that reports progress and information about the sharks in the habitat, possibly using the vimeo channel.

My second idea basically entails purchasing these small sharks that are caught and that would otherwise be killed and sold by local fishermen in rural parts of India such as a in a small village called Alibaug just across the harbour from Bombay (My city) and rehabilitating them in a safe artificial habitat till they are large enough for release back into the ocean.
This is purely due to the fact that the regulations on fishing in these rural parts of India are close to zero.

I have attached a short clip of this type of fishing and the size of sharks caught to the end of the video of my game, being a certified PADI open water diver and seeing the sheer number of small sharks caught and sold in these rural markets touches that part of my soul that is a diver and therefore makes it exactly what I would like to focus on for this project.

The nursery and habitat would oversee the feeding, nurturing and general care of these sharks before finally releasing them back into the ocean when they are at the right size.

The reason I wanted to try and raise funds for such a project piggybacking of looking glass factories holographic displays is because of the following.

A holographic channel that live streams holographic video of these sharks from various different views would allow people who care about ocean conservation to have holograms of real life sharks on their desks. Thus allowing full transparency allowing backers to see what the money raised is being used for.

The natural order of nature isn’t harmed, as these camera rigs would only be set up in an artificial outdoor space where small sharks that would otherwise be killed are being cared for and grown so that they can be released back into the wild. It doesn’t involve introducing these foreign camera rigs to the natural environment in spaces such as coral reefs which could cause some level of disturbance to the natural order of things as I strongly believe reefs should remain as untouched by humans as possible.

It would involve the setting up of a few pretty advanced camera rigs sensitive to depth, but since these sharks are being saved from being killed and then sold in these more rural parts where no laws or governing bodies regulate this type of fishing. I feel the lifespan of the video content generated from the nursery itself would be relatively short but could have a very large impact on the non existent marine conversation laws in these more rural parts as it would serve as a tool to raise awareness.

Then again the second still requires a lot of refinement but is still something I have thought of creating - the possibility of creating it still remains100% feasible according to me as the land to build it on is already owned and the only additional requirements would be the funding, the technological know how on how to set up the rigs, and the finally channel/platform to be used.

Still in the feedback phase, so I would love to hear what people think about the game and Idea 2.

Link To The Video –

This is what we call a “Hornstein question” inside the team. Paging @alex

You might as well just call me, I’m right next door

Back online, a little more context:

I’m really into this idea, and have been shooting a lot of light field footage of nature with cameras I build. Aquariums feel like a wonderful fit for our current displays because the sensory experience of seeing fish behind glass in an aquarium is identical to the experience of seeing a refined holographic illusion of fish behind glass in a holographic display – the only sense we’re using is sight, and there’s no direct interaction with the fish --it’s purely visual.

Check out http://look.glass/tedx and http://look.glass/mantaVideo for some expounding on this idea. I’m actually planning to go film blue sharks with some friends this summer, and would love to hear more about the backstory of your sharks and your interest in them.

It’s a very small world, I was just in Mumbai last week. It’s a shame we missed each other, but drop me a line. I’d love to talk more 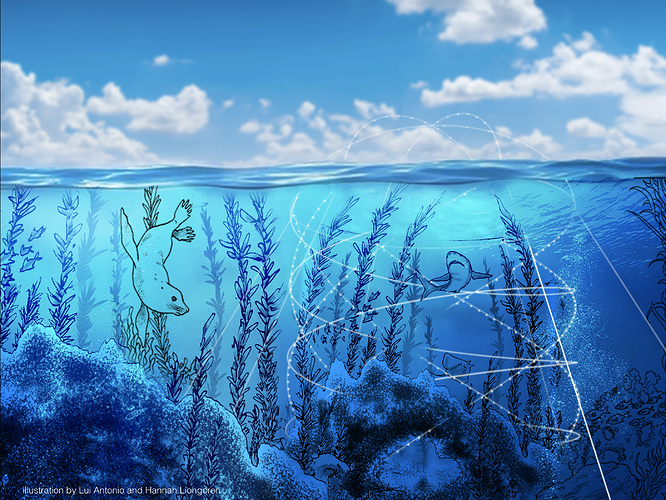 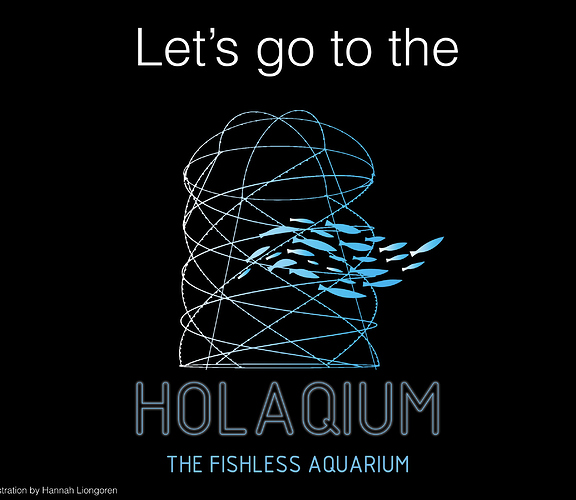 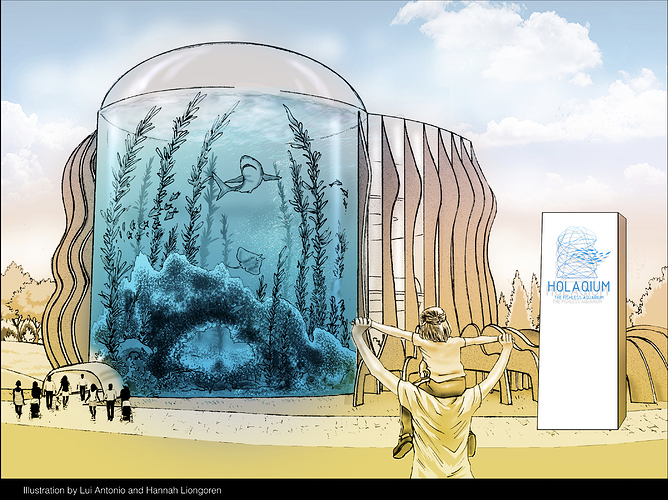 I have some experience consulting to tech startups and I want to offer some pointed advice: it is rarely a good idea to start a large second project to fund the operation of your first project which cannot fund itself. I have seen many entrepreneurs waste time going in circles trying to float their passion project through entirely different concepts that they admit they aren’t passionate about. Luckily, you seem to be passionate about your game and about sharks, but that still doesn’t mean that you should see them as part of the same effort.

First, there’s a huge amount of effort and logistics to do the shark cam properly. I assume that there will be money as well. Not only will doing shark cam massively slow down your efforts on the game, but if shark cam doesn’t break even, you could quickly find yourself launching a third project to fund the shark cam so that you can fund the game. The road to hell is paved with good intentions.

What you should do is reflect on which project is most important to you vs which is most likely to generate an income. If you can achieve a passive income for even a few months, perhaps you’ll be able to finish the game. It’s also possible that LGF might consider contributing towards backing projects like yours which they can use in the marketing efforts. I have no idea what their capacity is to be patrons of their early community, but you won’t know if you don’t ask.

@pjforde - really appreciate the advice, open to hearing more about the tech startups you’ve been consulting so please do feel free to shoot me a message, I feel I could definitely learn a thing or two from what you’ve experienced so far. Funding wasn’t as much a goal of mine as much as getting the ideas out there in the open was, that was pretty much the first step I thought I should take.

Have to say I have made some progress on the game and moved a bit closer to learning how I could make the shark project a working reality thanks to @alex. I think I might try uploading the project to Github and share it with some closed developers as a collaborative project so that anyone who may be add useful contributions to fine tune it and make it better in anyway will be able to do so.

My main goal is just to make the gameplay a bit smoother, to improve the graphics and to add a couple of good animations to certain aspects but then again open to suggestions as well. This is also primarily because the wave in my game is pretty static right now (if you watch the video closely) and it doesn’t mimic a real wave as well as I had hoped and was something I was struggling to figure out myself. It also doesn’t animate the same way you see a real wave building and crashing for a surfer to be able to surf on; so that was something I was hoping I could try fixing before releasing a version that I find good enough to release.

Always open to reaching out to LGF to see if they’d want to help in anyway. That’s why I posted the game on this forum to start with, but it is a slow process, and I feel I have no urgency to rush getting it completed as the more time I spend on it the better I feel the latest version would turn out as well as run!

I’m glad that you’re making progress, and for the right reasons. I’ll definitely be watching for updates.

You mentioned having a waves problem.

Most Unity devs will drop in shaders to get things like realistic water looking amazing. However, in practice it’s just smoke and mirrors because to the physics engine, the water is still just a flat plane even though the GPU makes it look like Hawaii. I suspect that the solution to your problem will be to find a way to intersect tools like Realistic Water (or this open source project) and something that actually can influence the physics driving the surfboard properly based on the waves you can see. If you find a great solution, let me know!